We are excited to welcome Deb Ainsworth as our first ever Second Chance Coordinator. Deb completed two years at Benevolence Farm in December 2020. Read on to learn more about our newest employee!

Favorite food: steak and most cheese

How did I first learn about Benevolence Farm?

I was taking a basic horticulture class while incarcerated that was offered through Wake Tech and my teacher/boss said that it would be a perfect opportunity for me to use my skills and to re-enter society. I didn’t even have a release date when I first inquired about the Farm. I was just hoping. The Farm responded and I continued to write in order to remain at the forefront of their minds. When I finally got a release date, I made a formal application, actually two applications, and was accepted. Being accepted was the second happiest moment I had in nearly 30 years. The first being finally offered and accepting a MAPP which gave me a release date.

Why did I choose to apply to Benevolence Farm?

I did over 27 years in prison and knew that I would need a lot of support around re-entry. My charges are such that I was unable to go anywhere else. Benevolence Farm is the only program in the state of North Carolina that does not discriminate based on charges and the only one as such for women. After reading the initial packet of information, I knew that the Farm and I would mesh well. I was concerned that I was getting too old to do the work but knew that I was willing to try. I found out that the farm was the perfect place for me and the work is hard, but extremely therapeutic.

Why is it important to have the voices of formerly incarcerated women at the table where decisions are being made?

That is simple. Most legislation and decisions are based on decisions that use only the male population and are often discriminatory in nature. Women are an often forgotten segment of the incarcerated population and therefore the post-carceral population. The powers-that-be seem to think that men are still the head of the household when, in fact, more often the woman is. It is also important that laws affecting the reunification of the family be looked at more closely from the woman’s perspective.

What do you wish people knew about people who have been incarcerated?

Most people who are or were incarcerated are good people who have made bad decisions. Many of these people will never re-offend or would even consider it. The majority of the women I did time with are hard working, honest, kind, and forgiving. If people outside prison would mimic these virtues, things would be different and transition back to society would be much easier.

What issues are you most passionate about?

Voter rights. I was a registered voter prior to incarceration and would love the opportunity to vote again. I will be continuing to advocate for this right to be restored while incarcerated and on post-release. I am also passionate about re-entry and the lack of programs available to all women who are or have been incarcerated. There is a need out there for more programs like the Benevolence Farm, especially for those who do not have substance abuse issues. I feel that it is important to get the word out about the Benevolence Farm and its mission. Without the farm, I would probably still be incarcerated due to not having anywhere else to go.

What excites you most about your new job?

The thing that excites me the most is the ability to give back to the Farm and to help other women make the journey from incarceration to autonomy and freedom. I am honored to be a part of such important work and serve as a role model for other women.

What is the one thing you want to accomplish in 2021?

I’m not sure I have an answer for this question right now. I have accomplished so much in the two years that I have been at the Farm. The future is open to new opportunities. I do know that I want to continue to learn, grow, and give back. I am open to new educational opportunities as well and would like to continue my education in business. 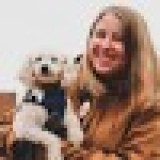 Kristen Powers serves as the Executive Director of Benevolence Farm.