In the last two years, I have faced one of the biggest and most life changing transitions in my life. Saying “transition” or that I was “in transition” got me a lot of strange looks from people because they thought I was talking about gender reassignment, but the transition I am talking about is very different. This transition is faced by thousands of people that most of general society deem worthless or dangerous. It is the transition from incarceration back into the community.

Transition simply means the process or period of change. Changing from the punitive environment of prison back to the community is not without problems that are inherent to mass incarceration and lack of information about justice-involved individuals. I witnessed many women return to prison due to many reasons, but that is a story for another time. I am telling my story today.

On December 3, 2018, I was released from prison and was privileged enough to come to Benevolence Farm. Benevolence Farm is the only transitional program in the state of North Carolina that does not discriminate against charge or length of time spent in prison. Many women come out with charges that make it difficult to find housing or have spent so many years in prison that they no longer have the community connections necessary for a successful transition. I am one of those women having served over 27 years in the North Carolina prison system for women. Upon arrival at Benevolence Farm, I faced a multitude of challenges that I never expected. I was afraid to go outside of the house or yard and it took me a month to simply walk to the barn or to the backfield without fear. This comes from being confined for so long with minimal places one can go without an escort or permission. The first few times, when staff or volunteers took me out to places — Walmart, the post office, Food Lion, or out to eat — I panicked if they got out of my sight. I had never held or used a cell phone, nor had I ever navigated the internet. This lack of experience leads to many challenges, but I have overcome them slowly. Society doesn’t realize the multitude of men and women who have never used a cell phone, only saw them on TV, and have no idea how to use the internet. Bluetooth is something altogether different. A friend of mine who is still incarcerated after over 35 years panics when I tell her that our phone call is being taken while I am driving. She has no concept or understanding of how I can talk to her safely while driving. This is a sad reality faced by many that are incarcerated and a huge challenge to overcome when they are eventually released.

I came out of prison with minimal health issues but did come out with cataracts on both eyes and had to have them removed. In August of 2019, I was diagnosed with a brain aneurysm and had surgery. I also suffer from mental health challenges. I say all this because the staff and residents at the farm have been instrumental in assisting me as I navigated all these challenges. They gave me guidance, space, support — tangible and intangible — and love. My successful transition has been because of them. They dealt with me through my worst times and celebrated even my smallest accomplishments. They are now my family as I am no longer able to contact my family due to conditions of my parole. They also helped me as I navigated driving and getting a car again but one of the biggest challenges we faced in my transition has been finding safe affordable housing. This challenge was overcome by a friend of Benevolence Farm allowing me to move into her home and share it with her. But this challenge is one of the hardest things faced by justice-involved people and the most difficult for Benevolence Farm to support because it is compounded by the inherent difficulties of finding a job with a livable wage. This is nearly impossible for some women coming to Benevolence Farm. Alamance County needs more Second Chance employers and landlords to help face this challenge. My employment challenge was solved when Benevolence Farm hired me as their Second Chance Coordinator.

During the last two years, I have become a strong, determined, and successful woman. I am privileged to be able to give back to the community and to the Benevolence Farm. I will continue to share my experiences and my strength as new residents come to Benevolence Farm and to women that I meet along my journey. I am now strong enough to step out and make my voice heard for those who have no voice — the women I left behind in the North Carolina prison system.

Watch out world, here I come. 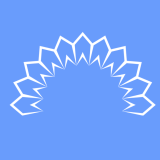